Last November, Alaric H. won the top award in China in CAIE AS Geography (click the link to see more: (Top Achievers 2019). During the application season this year, Alaric received a well-deserved conditional offer from his dream university (which happens to be one of the famous G5 universities in Britain) - The London School of Economics and Political Science. Alaric will major in Geography with Economics. 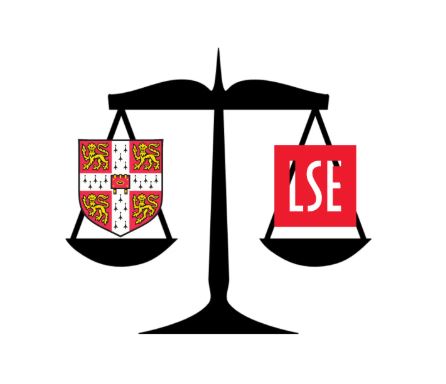 Alaric told us, that when he received the rejection letter from Cambridge and the offer from LSE, he told his parents and his two geography teachers at once.

You have to say goodbye to the wrong choice in order to make the right one.

It is a place he really loves and pursues and has a reputation that impresses everyone. For Alaric, The London School of Economics and Political Science and the University of Cambridge are just like this.

Alaric drew a straight axis for his future. When the classmates around him were still hesitating about going abroad, which country to go to, and which major to choose, he had already circled a goal for himself.

The process he when through before deciding to study social sciences was long and rich. Influenced by his parents since childhood, he enjoyed travelling very much. He liked to experience different natural landscapes and human customs in different places and began to think about why different areas have differences. In this process, he gradually became interested in geography. In junior high school, getting full marks in geography classes boosted his confidence. After entering Dulwich, he had a more systematic approach to study and began to think about his direction in the future. He began to think about problems in a more geographical way.

The UK and the LSE’s campus brought Alaric a sense of belonging.

From the very beginning, it was clear to Alaric that he wanted to study in the UK. "Compared with the United States, the introverted nature of Britain is more suitable for me." In addition, the UK is adjacent to many small European countries, and Alaric plans to experience different natural and cultural landscapes of surrounding countries during his university life.

The London School of Economics and Political Science was chosen because Alaric only wanted to specialize in social science schools from the outset. LSE ranked second to Harvard in terms of Social Sciences, geography and economics. But at the same time, Alaric still wanted to go to The University of Cambridge, a top university in the UK.

Alaric shared a story about his Cambridge interview in the UK:

The sun was shining as I took a bus to travel down a country road in England, breathing the natural and fragrant air, opposite are the glittering spires of Cambridge.

It's just a beautiful fantasy.

The reality is totally different from my imagination. It was a rainy day, I was stuck in slow-moving heavy traffic and feeling anxious. A voice inside told me: "Cambridge will not love you, and you will not love it." 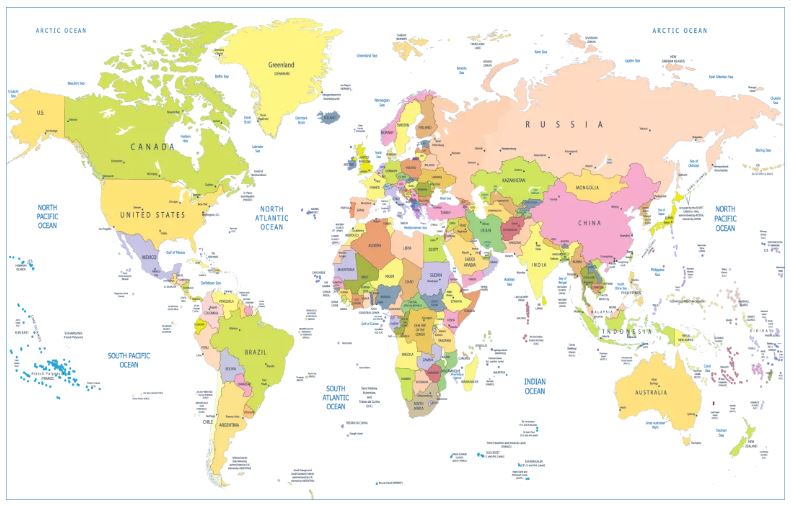 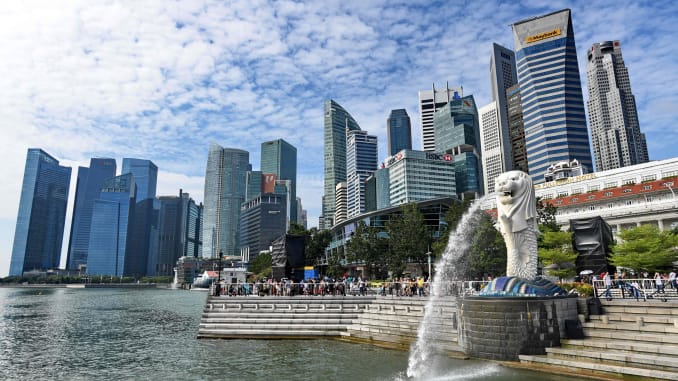 When he went to LSE in London, Alaric said he was in a good mood. LSE is in the centre of London and is full of vitality. This helped Alaric find a sense of belonging.

Alaric told us straightforwardly that Cambridge was chosen because of its great reputation and its own "utilitarian" mentality in the whole preparation process. Driven by utilitarianism, in order to satisfy his vanity, he slowly deviated from the straight axis and fell into impetuosity, depression and hesitation. You should pursue and work hard for your goals, but when you take interest as a driving force, you will not overload your heart, and you will get a certain sense of belonging. Even on the muddy road, you can be steady and confident. "Interest" is the first step of life planning. If you have an interest, you won't be confused by the "halo of famous schools" when you enter higher education. The right one is good.

"Botanist" in the rainforest

The philosopher Nietzsche describes people who love thinking as follows:

Once you have set your goals, the next thing to consider is how to get there. In Alaric’s learning process, his independent way of thinking is active all the time. In both life and study, he always keeps his brain active. Alaric’s trips brought him not only sensory pleasure but also rich thinking.

When he went to Singapore, all he could think about was how two countries can be so far away from each other but still be so similar that it feels like he has not left home. The environment and life are so very similar.

When he went to Hainan, he found himself thinking about why there are sand dunes by the sea during the day and why the seawater rises and falls. We often say that reading thousands of books is not as good as walking thousands of miles. Experiences generate the wisdom that comes from thinking our own thoughts. Just like the tree growing up from the roots, it can help a person become richer and three-dimensional.

Alaric applies this way of thinking to travel and study. He has a unique personality and his own opinions. He will not follow others blindly, which is one of the reasons he chose Dulwich:

"I don't like it when all of our time is arranged by schoolteachers. When should I do my homework? I don't have my own time." When choosing an international school, Alaric wants to adapt to the original international education environment in advance. When he saw the relaxed campus atmosphere of Dulwich, (were even the dormitories are staffed foreigners)  the environment gave him a lot of space for self-study, and allowed him to maximizes his self-study ability.

What is more surprising is that his IELTS and PTE are both self-taught. IELTS 7.5 scores, PTE oral and reading are full marks, which are the direct result of Alaric's independent learning.

In junior high school, Alaric had his own way of learning. He liked to draw pictures in the textbook. He thinks that this can help him remember. During the interview, we have heard many times that he likes to learn by himself. It is very rare to maintain self-disciplined learning without any supervision. But it's a good habit that will benefit him throughout life.

Every part of the syllabus should be reviewed. Students should not rely on luck in exams. They should be down-to-earth and have a full understanding of every point of knowledge.

For A-level exams, you must practise past papers! If you practise the past 6 years’ of questions, you can figure out the problem-setting routine of the papermaker.

Alaric’s reading was bad before coming to Dulwich. Once in an English class, he did not even know the meaning of the word “match”. Later, in order to improve his reading ability, he bought some famous English books and looked up the grammar books and dictionaries for the sentences and words he did not know.

Subjects like geography, economics and psychology will be greatly improved by reading the original text in the textbooks.

In terms of oral English, there are a lot of opportunities to communicate with foreign teachers in Dulwich. Alaric embraced this opportunity to improve his oral English.

IELTS needs a large number of practice questions, and PTE is recommended*

① Computer test and computer assessment (can memorize the template in advance for writing, and AI can improve the efficiency of marking papers)

③ It is easy to reach the standard

In his geography class, his teacher mentioned how the British seaside town Blackpool developed its tourism industry to how the town declined step by step. Alaric told us that he wanted to go to this place to have a look and understand what measures the local government had taken to revitalize the tourism industry and solve the decline of the town.

See Dulwich for the first time and again

Drama is one of Alaric's most colourful memories of Dulwich.

The first time Alaric saw the performance at the Shakespeare's Drama Festival, it brought a double shock of vision and soul to Alaric. No matter what, he decided to join here even without any previous experience or foundation in drama. "When I was interviewing, I couldn't understand the lines of ancient English, so I acted out the lines with full emotion according to my own understanding." Alaric joined the drama club with a passion. In the first year of the drama festival, he got the script to highlight the lines of the main character. In a fight play, the main character easily defeated him. 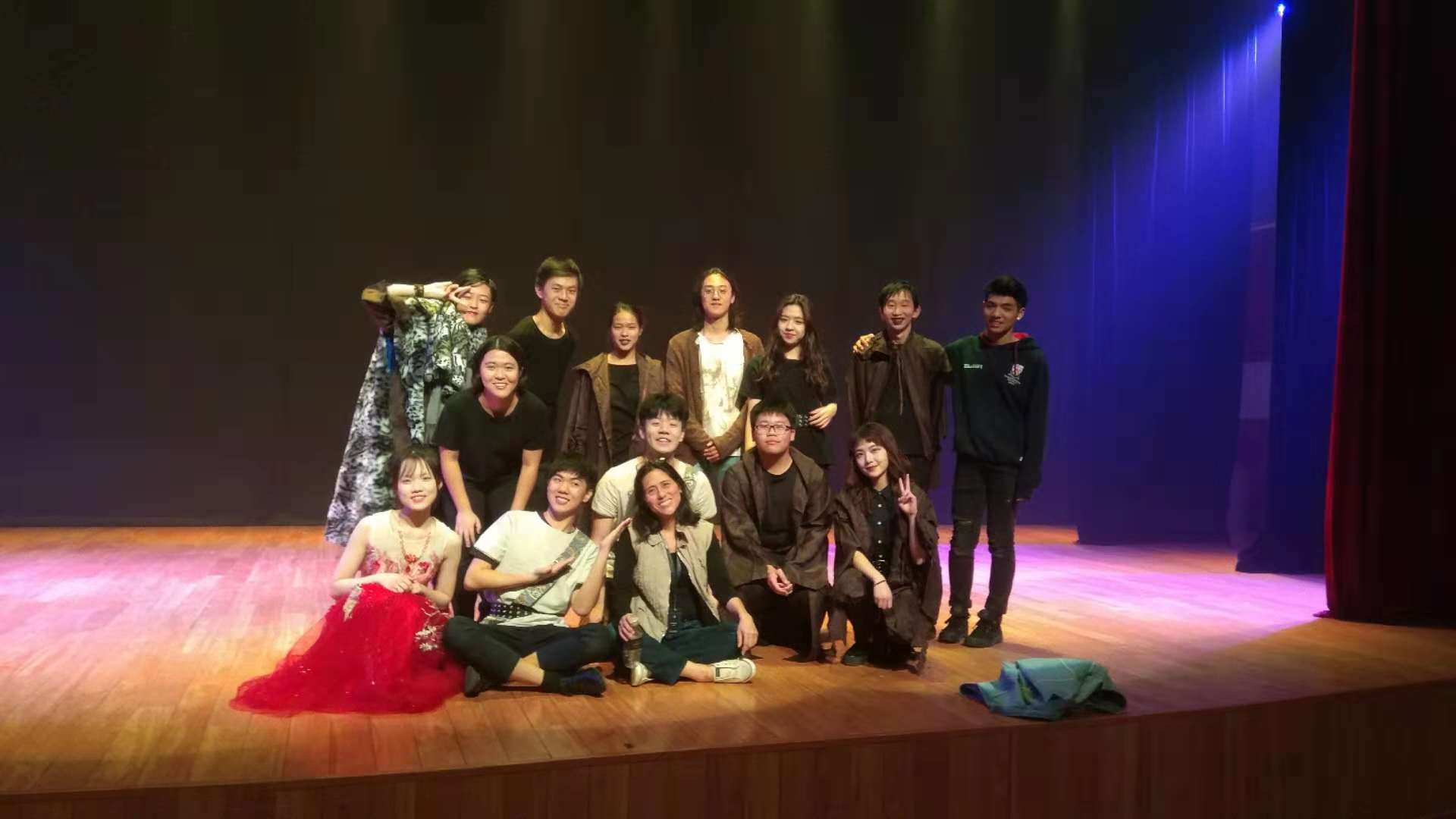 "Although it's a small character with no sense of existence, I thought about the falling action for a long time." After being helped to step down from the stage by two players, Alaric immediately returned to the background to participate in the control of the lighting. "Maybe because the first year I was in a bad role, the next year I had the honour of playing the leading role in Macbeth."

The teacher of the drama club Ms Stephanie once worked on Broadway in New York. She is a teacher that Alaric admires very much. Before rehearsing Macbeth, Ms Stephanie took the students to a hotel transformed into a theatre called "sleepless night" in Shanghai in order to help them shape their characters. Alaric followed Macbeth all the way to understand the emotional state of the character in different scenes. Finally, after their performance in Dulwich College Beijing, the audience all screamed and applauded.

From the front stage to the back, from the supporting role to the leading role, every attempt to change his identity has made Alaric experience the possibility of different. Even for a small role to set off the main character, he will use every cell of his body to show his pain. Even if he operates the light in the background, he can experience the fun.

Edward Alleyn, the founder of Dulwich College, was a man of influence in the drama field. This also makes Dulwich’s pursuit of art continue to this day. Drama performance let students release their nature, in and out of the classroom. This is the embodiment of Dulwich’s whole-person education.

In geography, economics and psychology, which are the most interesting social science fields for Alaric, he met very good teachers. In the process of learning geography, the school will also provide the opportunity to integrate theory with practice, including activities such as visiting New Zealand to investigate the physical geography, participating in the Mobike market promotion and analysis business competition, which enables students to use the knowledge they have learned in practice.

In many traditional schools, teachers mainly teaching knowledge from the podium. In an international school like Dulwich, teachers will teach more through group activities, mutual discussions and other forms, which not only trains students' critical thinking but also enables students to explore independently by finding appropriate methods that suit their style of learning.

"I did get a good result," said Alaric.

Where there is life, there is thinking

"I'm an introvert, used to doing more than I say, and I also like to do things by myself."

Thinking is a very wonderful thing. It can make people imagine beyond their world. Alaric always keeps a unity between thinking and action and has a self-disciplined attitude to learning. He has taken his first step towards his ideal college. The exploration of nature, the curiosity for new things and his enthusiasm for his interest are all invisible and untouchable things, but they all have weight. They form a unique and free Alaric. 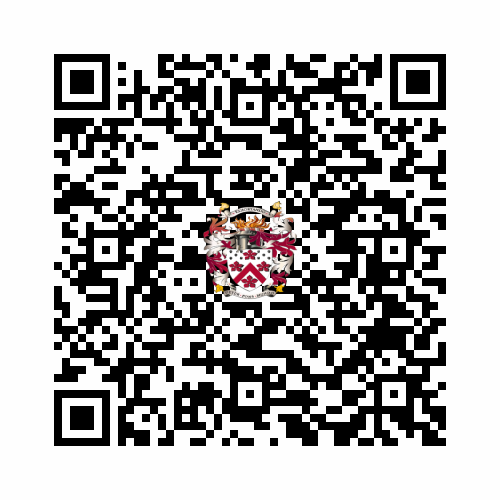