Kimmy M. is a Year 12 student at Dulwich International High School Suzhou. For many years, she has helped people who are suffering from pneumoconiosis, According to recent research, there are about 6 million people suffering from pneumoconiosis in China. She received the EARCOS Global Citizenship Award because of her efforts in supporting this charity.

EARCOS (East Asia Regional Council of Schools) is an organization of more than 165 well-known East Asian international schools, with a 50-year history. The EARCOS Global Citizenship Awards are given to students who display a high level of civic awareness.

What are the requirements for applying for the EARCOS Global Citizenship Award? 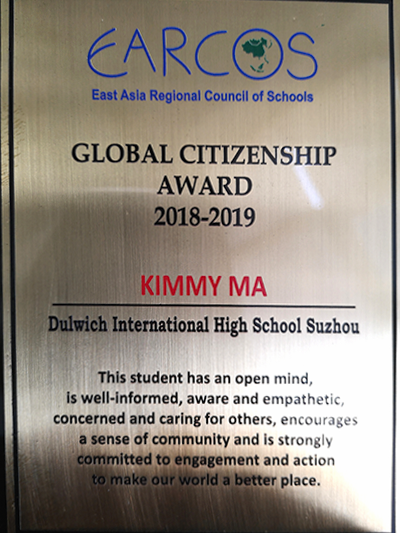 Pneumoconiosis used to be just a strange word to Kimmy M. However, in the summer of 2016, she had the chance to follow the staff of an organization called “LOVE & SAVE Pneumoconiosis”. They went to a small town in Hunan and visited some local pneumoconiosis patients.

What is “LOVE & SAVE Pneumoconiosis”?

Founded on June 15th 2011, “LOVE & SAVE Pneumoconiosis” is a non-profit organization. It works to help the 6 million pneumoconiosis farmers in China. The Charity is dedicated to the promotion, prevention and elimination of pneumoconiosis.

During that four-day trip, Kimmy visited 19 families dealing with pneumoconiosis. Kimmy described their living conditions in the following way. "They are very poor, their houses are very humble and their children cannot even go to school." Kimmy documented the situation of the 19 families, the things that happened on the trip, and the knowledge she had gained about pneumoconiosis. She filled a whole notebook on this special trip.

She remembers very clearly a patient with pneumoconiosis who said to her in a dialect: "Life has no hope. I am not thinking about living in this world anymore, every time I see the cliff. However, your help has given me hope and is greatly appreciated."

This short but special journey made Kimmy, who was still at middle school, gain a different perspective: “Most of the pneumoconiosis patients are sick after long-term mining. They have contributed their strength to social development. However, when they get sick, there isn't enough support in society for them. We need to do something to help them.”  Since then, the situation of pneumoconiosis patients has become a big concern of Kimmy. 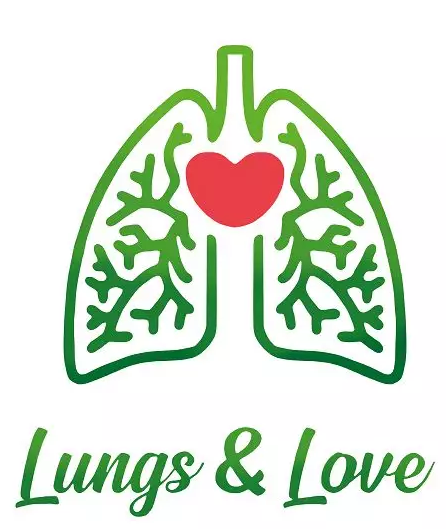 Establishment of the Lungs & Love charity

Last year, Kimmy joined Dulwich International High School Suzhou as a 12th-grade transfer student. She discovered that charity work was important at Dulwich and realized that finally, she could do something for pneumoconiosis patients.

She met Mr Gates, who is our charity coordinator, and explained her idea of creating a charity that focuses on pneumoconiosis patients. Kimmy said “Mr Gates totally understood me and encouraged me to establish the charity. My parents also supported this idea.” However, it isn't easy to establish a charity. "I had just started school, so I didn't know many teachers or classmates,” Kimmy said.

In November 2018, the Lungs & Love charity invited staff from the organization “LOVE & SAVE Pneumoconiosis”, to make a speech at Dulwich. During this presentation, our students learned much more about pneumoconiosis and pneumoconiosis sufferers. 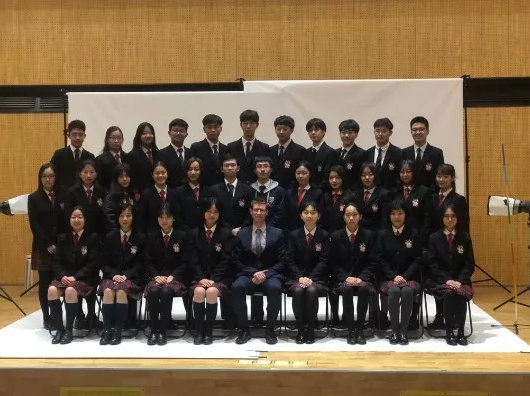 “It is not only about charity”

Kimmy M. thinks about pneumoconiosis patients all the time. Awarded the EARCOS Global Citizenship Award, Kimmy M. gained the opportunity to apply for a $500 charity bonus. Kimmy said “although there is only a 6% chance to get that charity bonus, I still want to apply for it! If I get this bonus, I can provide more help to the pneumoconiosis patients. We aren't doing enough.”

Kimmy has gained a lot from her charity activities. In order to get more support for the Lungs & Love charity, Kimmy spoke publically in front of all the students and teachers at Dulwich. "I was so nervous when I came to the stage with the manuscript. Now I can make the speech at any time without being nervous," Kimmy said.

Kimmy has also become a more pure and powerful person through working on charity activities. Kimmy said, “When I started, I was only doing charity work to help with university applications in the future. However, it's changed my mind. I find myself thinking more about helping pneumoconiosis patients, and less about myself. I believe in our slogan of ‘LOVE & SAVE Pneumoconiosis’; ‘save as many people as we can, help as much as we can’, pneumoconiosis patients really need help.” 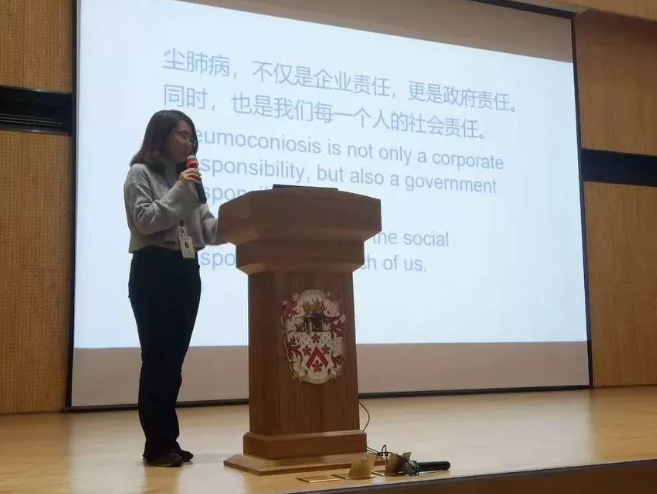 The growth of the Lungs & Love charity

Mr. Gates, (charity coordinator at Dulwich) explained that there are multiple candidates for the EARCOS Global Citizenship Award. Mr. Gates mentioned that “however, you can see Kimmy’s enthusiasm for charity.”

According to Mr Gates, the Lungs & Love charity is now developing steadily. Kimmy has put in a  lot of effort on the charity and her seriousness and responsibility have been seen by every one of us. Unless Kimmy was sick or had exams, she has participated in every charity run. Dulwich International High School Suzhou has four kinds of Charites, which relates to:

Mr Gates explained that the mission of a charity is to cultivate students’ empathy and awareness of service. Charity encourages students to participate and empowers them to have an impact on the world.

Kimmy said, "When I go to university, I will still dedicate as much time as I can to charity. I will let more people know about pneumoconiosis in order to help more patients."

We wish Kimmy all the best in the future! 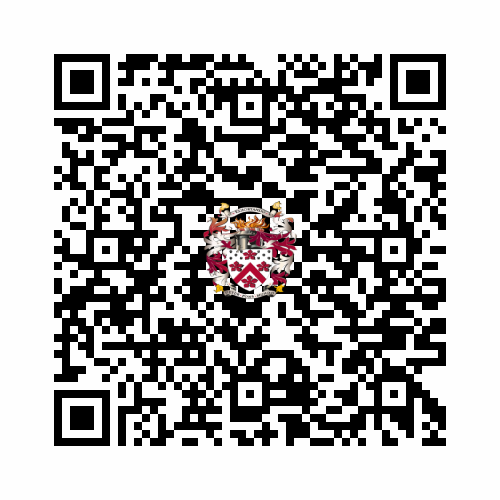