Following the success of the Ripple Charity Concert on the 20th of April 2017, the Ripple charity team volunteered for 5 days in Guizhou Province. The objective was to visit sponsored students in order to understand their living conditions. By talking with students and local residents, the Ripple wanted to discover and resolve the issues that cause poverty, improve quality of life and help local children to receive a higher level of education.

In Nan Shao, Ripple members met with one sponsored student (Wu haiying) and had the dinner with her. Wu haiying also has a younger brother who studies at the middle school in Nan Shao and lives with her sister in Nanshao. They only go back to their home in Wenzuo village during the holidays. All of the three sponsored students are Y9 students who have just finished the entry-exam to high school (Zhongkao). Ripple team enjoyed speaking with Wu haiying, paid her tuition fee of the first semester of the high school and gave her a book to read.

Ripple charity team also visited two other sponsored students’ (Wu fazhang & Wuhaiqing) families and gave them tuition fee of the first semester of high school as well as one book specially selected by Ripple team. Although Suzhou and Guizhou are several thousands of miles away from each other and students from two regions have different backgrounds, the students had no trouble talking to each other. In order to keep in contact with them, Ripple members also created a WeChat group with sponsored students.

Ripple charity team then taught students of Weng Zuo Primary School for two days. The school only has five classes (one class for each year group) taught by five teachers. After completing the fourth grade, the students will need to go to the primary school in the town to continue their studies. If a student in village wants to receive a higher standard of education, he /she must go further away from home.

During the last days in the village, students of the school were preparing for the upcoming final exam. The Ripple Team taught English, chemistry, and physics in the last class of each day. After being students for such a long time, Ripple members were full of confidence in the subjects they taught. However, students in the first and second grades are all quite lively and active, so keeping them engaged in these unfamiliar subjects was a challenge! However, these students were absorbed in Physics & Chemistry experiments conducted by Ripple members and participated actively in all classes.

Ripple charity team also donated books, smart toys and basketballs to the primary school. They also gave all female students of the school a hair band and a hair clip. Special thanks are due to Kitty’s Dad who was also on the trip; he purchased a new broadcasting system along with six bookcases for the school after discovering that the school lacked these facilities.

On the first day in village, students joined the village committee to conduct a forum on environmental protection. Charles Chen first gave a detailed introduction of the problem associated with wrong garbage classification, and other students answered some relevant questions from locals. The speech of village head was so passionate and inspiring that it grabbed everyone’s attention and made people reflect upon their garbage classification behavior. At the end of the symposium, the team issued rules for the garbage classification and established a reward system to encourage villagers to carry garbage sorting the next day.

Students then walked around the village and put up a garbage classification poster designed by Kate Fang. What impressed them most was encountering many villagers picking up and clearing up the rubbish. In the past, many small snack packages were scattered on the roads passing through the school. Now all places have been cleaned up and the mountain roads have become cleaner and easier to travel. By the evening of the same day, the villagers had collected stacks of recyclable garbage! Impressed by their proactive attitude, the Ripple team gave each villager a small gift to encourage them and presented solar lamps to the villagers that had sorted the most, motivating them to continue the process in the future.

This trip to Guizhou had made me experience new things: showering in the river, eating a cucumber as large as your face, living in an old wooden house built up by villagers. Of course, the most memorable experience is building relationships with those incredible people. Through our teaching in the primary school, we felt the energy and curiosity the children. Through our visit to the three sponsored students, we felt their positive and persistent spirit as well as their courtesy. Through daily conversations with villagers, we felt their hospitality. Those experiences also changed us; we became more thoughtful of others: we take turns to hold light for each other, we carried boxes of drinking water into the mountains (there was not much drinkable water available). At the same time, we also became more grateful for our own life and because of this opportunity to go to Guizhou. This was a trip unlike any other and we hope to get more people involved going forward.

In our lives we often complain about some of the things that we do not have, but people of Weng Zuo village do not have such problems. Outsiders and their materialistic needs perplex them; what they need are the things we take for granted, such as food, educational resources, and electricity.

I feel like I lived in another world during the time in Wen Zuo village because there is no Wifi here and my phone was out of the service zone. At primary school, students were cheerful and excited by our arrival. Cynthia and I guided them to do some interesting experiments, which ignited their curiosity and aroused their thirst for knowledge. The enjoyable teaching experience also resolved all the doubts I had before coming here. It was a very meaningful trip for me and it made me feel grateful about the life I had. It is such a pleasure to see Ripple charity concert has brought such successful results.

A month later, the Ripple team received good news. All three sponsored students successfully passed the entry exam to high school! Also, new broadcasting system was installed and fully functional and all bookcase has been put into each classroom. In the future, Ripple team is looking forward to staying in contact with Wen Zuo Village and carrying out more charity programs in the future. 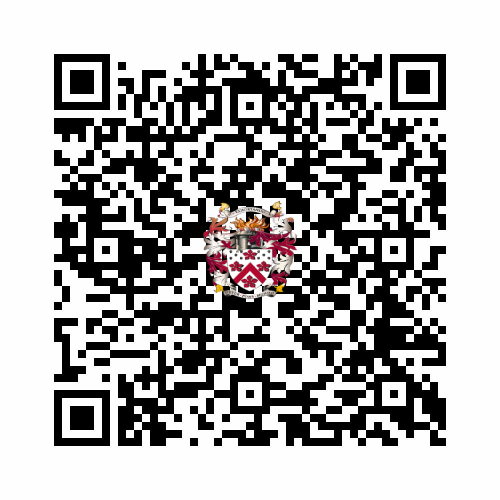